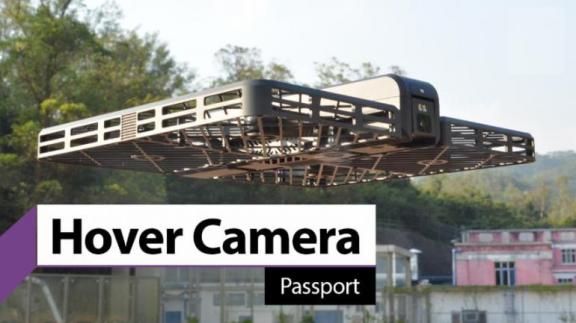 The first Autonomous Camera That Anyone Can Use

The future of Robotics has been set out, the power of advanced mobile processors have been unlocked that enable inventors to come up with cutting-edge AI algorithms. One such device is the Hover Camera Passport, the World’s first truly consumer-friendly self-flying camera that’s safe, portable, and easy-to-use. This camera allows anyone to capture photos and videos from a unique perspective.

Hover camera is user-friendly and to use it the only thing one needs to do is to power the device, flip it open and when you let it go it just hovers to any place. Being the first autonomous camera that anyone can use, the device can take 13MP photos and 4K videos and the beauty of it all is that the shots are steady. We would agree that the manufacturers of this deserve an accolade for the electronic image stabilization to have steady shots.

The device operates on one of the most sophisticated technology namely the AI technology. For this to be met the manufacturers had to build a ton of sophisticated algorithms into a small circuit board. It operates on a Qualcomm Snapdragon 801 2.3 GHz Quad-Core Processor. According to the designers, such a processor enables them to run very complex calculations locally without the need of a remote server. It is also worth noting that the AI has been developed in such a way that it reduces the learning curve so that anyone can operate it. It is the world’s revolutionary experience that centers on hovering. The reason why it hovers steadily is because it runs optical flow on its downward viewing camera and visual slam from its front camera. It is so intelligent that it follows you automatically as you move around and uses real-time facial and body recognition and does not need GPS.