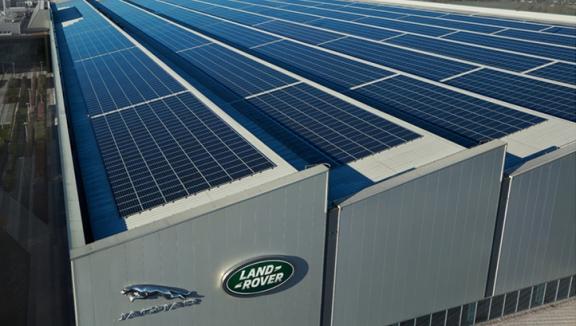 A increased investment in a range of energy efficiency and low-carbon initiatives, including an agreement to source 100% electricity from renewable sources, has seen Jaguar Land Rover (JLR) decouple energy consumption per vehicle produced from business expansion and wider data capture.

JLR’s latest sustainability report released this week outlines the progress made by the UK’s largest car manufacturer as it strives to make its manufacturing operations carbon-neutral by 2020.

In last year’s sustainability report, the firm announced that it would spend £36m over the next three years in renewable energy, energy efficiency and process improvements.

This year's report highlights that JLR has so far delivered 60 energy-saving projects, at the cost of £23m, which have together saved more than 57,000 tonnes of annualised CO2 equivalent emissions. These projects include a roof-mounted solar array, LED lighting, combined heat and power distribution systems, building management systems, insulation and energy mapping.

The group also recently signed an agreement with supplier EDF to ensure that all manufacturing and production sites – and the majority of satellite sites – are supplied with 100% renewable energy through to 2020.