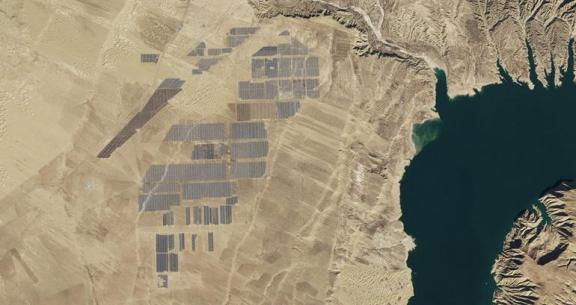 China is home to the world’s largest solar farm, which is so immense, it is visible from space. With around four million solar panels, Longyangxia Dam Solar Park has a capacity of 850 megawatts (MW) – pushing the country closer to its ambitious renewable energy goals. NASA recently shared satellite images of the solar park as seen from space – and they are admittedly impressive.

The award for world’s largest solar farm has switched hands rapidly in the last few years. In 2014, California’s 550 MW Topaz Solar Farm was the biggest, but a year later the state’s 579 MW Solar Star claimed victory. The next year, 2016, saw India’s 648 MW Kamuthi Solar Power Project topple the throne, only to be ousted by the Longyangxia Dam Solar Park this year.