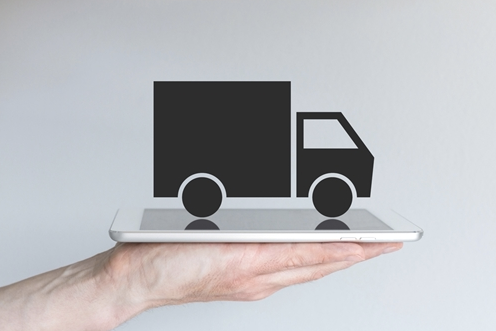 Self-driving trucks, intelligent highways and freight-hauling apps are changing the way goods can be transported and delivered.

No matter what products they make, how many they make, or how often they make them, all U.S. manufacturers share a common goal: They need to get their products to their customers, on time, and the familiar litany of trucks-trains-boats-and-planes (and sometimes, pipelines) remains the way that goods get moved. At least that’s the case in early 2017. Within a year or two, maybe not so much.

The “Uberization” of Trucking

One of the trends most keenly being followed by transportation managers at manufacturing companies both large and small is the so-called “Uberization” of trucking. Just as Uber has turned the traditional ride-hailing industry dominated by taxi cab companies on its head by allowing individuals to arrange for a passenger vehicle through a smartphone app, so too, the logic follows, it should be possible for companies to contract with freight-hauling trucking firms through the same type of app. And there are already plenty of developers hard at work on that type of app.

In December 2016, Business Insider reported that Amazon was developing an app that would match truck drivers with shippers, and that the online retailer planned to launch the app sometime this summer. The goal, according to the report, is to make it easier for drivers (presumably independent owner-operators, rather than fleet operators) to find companies that needed freight moved. Such an app would effectively squeeze out the need for using a freight broker and paying a commission for the service. The app, which at this writing Amazon hasn’t officially announced, might also include real-time pricing and delivery instructions, as well as pick-up and delivery directions.

Other companies competing in the “freight hauling app” category include Cargo Chief, Cargomatic, Convoy, Fleet, Haulme, Transfix ,TruckerPath, XYpper and probably a dozen more (including Uber itself), as the space is particularly ripe with startups hoping for just a fragment of a marketplace that theoretically could be worth nearly a trillion dollars (the amount spent on freight transportation in the U.S. last year was $890 billion), or could be worth next-to-nothing if the idea fails to catch on.