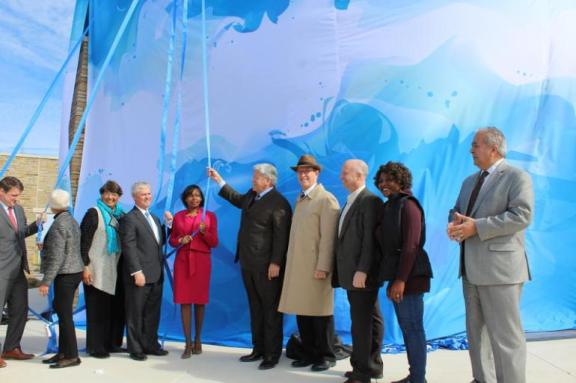 Mariachis helped SAWS kick-off the opening of its H2Oaks . It’s here that salt and minerals will be removed from brackish water drawn from the Wilcox aquifer about 1,600 feet underground.  It will then be blended with other water sources and turned into drinking water. That’s an extra 12 million gallons per day.

SAWS CEO Robert Puente says that’s enough for 53,000 homes. “This really gives us a drought-proof supply. It allows our citizens to know their demands will be met even in the most dire circumstances,” he said.