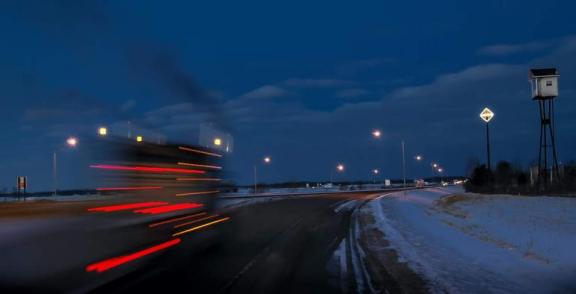 The leading real-time visibility solution providers are still relatively small players in a fast-growing market that will reach $1 billion by 2024, and they’re racing to build new technologies for their shipper customers, scale their carrier networks and create a blueprint for international expansion.

On Wednesday, Gartner (NYSE: IT) released its first Magic Quadrant for Real-Time Transportation Visibility Platforms, a document that supersedes the market guides Gartner has published covering the segment in years prior.

The Magic Quadrant is a visualization tool for technology buyers to evaluate potential vendors. By plotting vendors along the axes of “Ability to Execute” and “Completeness of Vision,” it sorts them into Niche Players, Challengers, Visionaries and Leaders.

Gartner’s vice president of research, Bart De Muynck, told FreightWaves that the decision to cover real-time transportation visibility with a Magic Quadrant methodology was driven by the segment’s continuing evolution and maturation. Five years and counting after the initial emergence of the space, enough product development and market penetration have taken place to differentiate the respective vendors according to their strengths and weaknesses.

The two Leaders, project44 and FourKites, recently raised $100 million each in their respective Series D venture capital rounds, and both made significant acquisitions in ocean visibility. Project44 bought Ocean Insights and shortly thereafter, FourKites acquired workflow automation platform Haven. Project44 got high marks from Gartner for its “ability to execute” while FourKites edged out its rival in “completeness of vision.”

“To make our customers successful, we have to execute up and down the business,” said Jett McCandless, project44 founder and CEO. “We pride ourselves on doing what we say and executing for our customers. Our teams work so hard to be the best, which is why it is really satisfying to be recognized as the platform with the highest ability to execute in the industry.”

“We are thrilled to have been recognized as the Leader for completeness of vision,” said Priya Rajagopalan, chief product officer at FourKites. “From day one, we have prioritized working together with our customers across all industry verticals to solve their most pressing supply chain issues. Together, we have a long track record of industry firsts, and we will continue down this path of customer-focused innovation. Our guarantees released earlier this week around tracking quality and carrier connectivity further demonstrate our leadership, and we will continue to raise the bar for the industry.”

Project44 has a reputation for closer, more collaborative relationships with carriers that can often yield higher-quality data connections — often directly integrated into ELDs and GPS — and more robust automation, De Muynck told FreightWaves. The first iteration of p44’s technology platform, which was API connectivity infrastructure for the transportation and logistics industry, has allowed the company to offer visibility built on a solid foundation.

FourKites, on the other hand, has focused more intently on shippers and especially reaching upstream in shippers’ supply chains, linking visibility data at a network level, from supplier to shipper to end customer. FourKites’ ability to onboard new customers — it has more than 500 — onto a multitenant platform, as well as its capabilities in yard management and workflow automation, gave it the edge in “completeness of vision.”

De Muynck said that as the leading real-time visibility providers have built more technology, they’ve been able to upsell existing enterprise customers and close larger deals with new customers. De Muynck said that where a basic visibility analytics solution might have closed at $250,000 per year, decision support brought those contracts up to $750,000 and solutions offering decision automation could come in at $2 million a year. Just two years ago, De Muynck said, a $1 million-a-year visibility contract would have been big, and now he reviews contract agreements in the sector with values exceeding $5 million.

Deeper market penetration will also generate growth in the visibility space, according to Gartner’s projection. Gartner believes that 50% of global product-oriented enterprises will have made an investment in a real-time visibility provider by 2023, and that the industry is still in its adolescence.

Now both firms are locked in a battle over the emerging European transportation visibility market — smaller than North America, larger than Asia — with French startup Shippeo and German visibility provider Sixfold (acquired by the transportation management system Transporeon last year).

Carly West, a director of research at Gartner, said that the European market was fragmented in a different way than North America. In North America, the continent is spanned by a relatively unified freight market that more or less integrates trucking capacity in the United States and Canada. But smaller fleets predominate and the largest enterprise fleets only account for a fraction of the industry’s total capacity; that’s why third-party logistics providers and freight brokerages play such an important role in aggregating capacity for shippers.

In Europe, there are fewer continentwide trucking carriers; the market is fragmented along national and regional lines. There are fewer owner-operators as a percentage of total capacity, though countries like Poland have a fair number of entrepreneurial small fleets. To some degree the way Europe is fragmented makes it harder for visibility providers to scale there: National and linguistic cultures determine fleets’ networks, and shippers based in a certain country may prefer to use technology vendors from that country.

FourKites launched operations in the United Kingdom in the fall of 2018 shortly before project44 announced the Gatehouse Logistics deal, which gave it a foothold in Denmark. Both companies have realized they need local talent to build trust with carriers and engage shippers; indeed, project44 poached some account executives from Shippeo.

The American insurgents in Europe have a technology and marketing edge on the EU-native companies, and culture seems to be a differentiator as well. project44 and FourKites have two important strains in their respective cultures: the fast-paced engineering and product development culture of venture capital-backed startups and the aggressive growth culture of Chicago freight brokerages. In comparison, Shippeo’s management has a reputation for being more relaxed and laid-back, and with Sixfold’s acquisition by Transporeon, it is part of a TMS provider that now bundles visibility into its offering.

De Muynck thinks that the real-time transportation visibility market has room for half a dozen larger vendors per region, but no more than that — certainly not 30 or 40. Asia-Pacific, De Muynck said, will never be larger than North America because of the way that software-as-a-service is priced lower there. Fierce competition on price and the Chinese government’s propensity to tilt the scales in favor of domestic firms has historically made China, the largest market in Asia by far, a quagmire for American technology companies. Google, Facebook, Amazon, Uber and eBay have all failed in China, and there’s little reason to think that the country today represents an attractive opportunity for visibility solution providers.