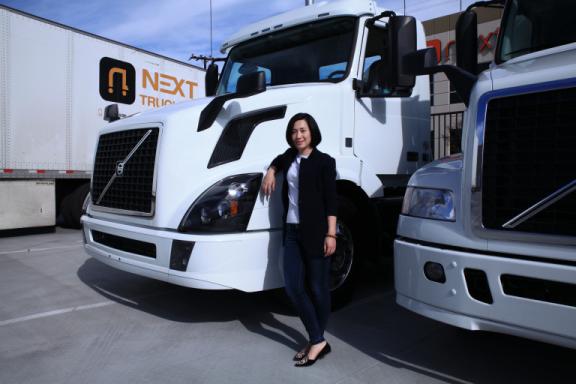 Next Trucking (Next), a logistics platform that matches carriers with shippers, has raised $97 million in a series C round of funding led by Brookfield, with participation from Sequoia Capital and GLP, among others.

Founded in 2015, Next is essentially an online marketplace that helps connect shippers — companies and distributors who dispatch cargo en masse — with truckers and truck companies. Drivers upload their individual preferences in the Next app, including their rates, routes, and available hours, and Next matches them with an appropriate load.

The Los Angeles-based startup counts 15,000 drivers on its platform, and 60 in-house employees.

Next had previously raised around $27 million, most of which arrived via its series B round last January, and with another $97 million in the bank it plans to “accelerate product innovation,” which includes bringing a new product called Relay to market.

Relay is described as a product to ease congestion at shipping ports, such as those found in and around Los Angeles and Long Beach. While moving goods between cities may come with its own traffic congestion problems, “drayage” — the transport of goods over shorter distances, including between a port and the shipper’s warehouse — can compound matters. With Relay, Next wants to combine its freight marketplace with company-owned yards “to increase truck turns and container moves” and expedite deliveries to warehouses.

“The logistics space is under more pressure than ever before — with more shipments coming into our ports than drivers and warehouses have the capacity to manage,” noted Next CEO Lidia Yan. “We look forward to bringing new innovations to market to address this issue head on and growing our team with the best and brightest technology talent in Southern California.”

The trucking industry generates north of $700 billion in revenue in the U.S., and around 80 percent of all freight revenue in the country. This has led to a significant amount of VC investment in myriad trucking startups. Even Uber, a company synonymous with on-demand personal transport, has expanded into the trucking sphere via Uber Freight.

“Next continues to address the critical issues that face logistics management in the U.S. — from the nationwide driver shortage to congestion and operations at our busiest ports,” added Sequoia partner Omar Hamoui. “We’ve been impressed with Next’s ability to execute, and the introduction of Relay proves they have the team and expertise to continue innovating in ways that will ease the pain points of carriers and shippers.”