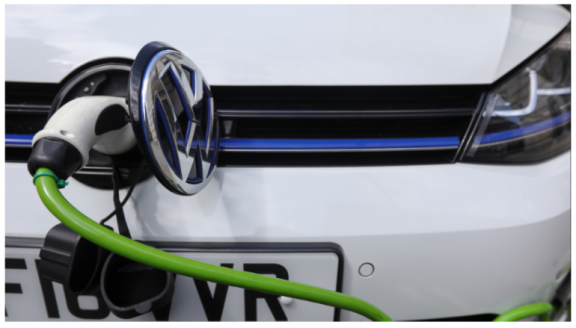 Volkswagen Just Ordered $48 Billion in Electric Car Batteries. That's About What Tesla Is Worth Right Now

A few hours after Elon Musk berated analysts for what he perceived as unimaginative questions, Volkswagen AG said it was writing a check for batteries that almost match Tesla’s entire market value.

VW (VLKAY, -1.98%) has awarded battery-purchasing contracts worth 40 billion euros ($48 billion), double from just a few weeks ago. The deals take the German manufacturer within striking distance of a sought-for 50 billion-euro total. By 2025, VW plans to sell as many as 3 million all-electric cars per year, Chief Executive Officer Herbert Diess told investors Thursday at the annual shareholder meeting in Berlin.

While Musk has perfected the role as industry iconoclast, he’s finding himself increasingly on the defensive as investors probe Tesla’s finances and established manufacturers from Daimler (DDAIF, -0.84%) to VW push aggressively into his niche. VW makes more cars in four days than Tesla (TSLA, +0.86%) does in a year, and is harnessing its immense financial financial and engineering firepower to make up for ground lost in the self-inflicted diesel-cheating scandal.

Cracks from mounting pressure on the California-based electric vehicle maker started to show when Musk criticized analysts for asking “boring” questions and cutting off queries about the company’s capital needs during Wednesday’s earnings call.

“By 2020 we will offer our customers more than 25 new electric models and more than 20 plug-in hybrids,” Diess said. “In just a few years’ time, then, across all brands and regions, we aim to put the world’s largest fleet of electric vehicles on the road.”