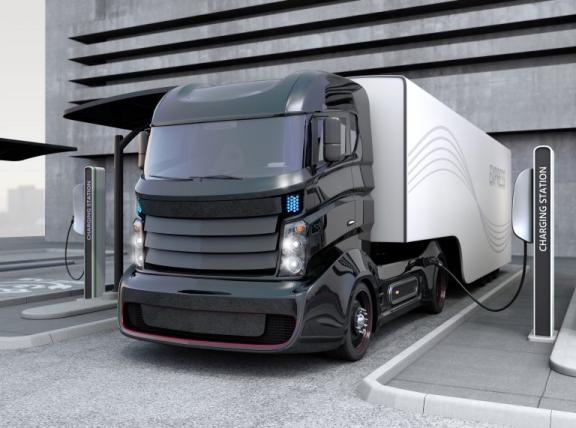 On a blacked-out stage, a blast of white light appears. Smoke floods out, music blares and an excited crowd surges forward, smartphones held aloft. It’s a moment of rapture – but this is not a theatrical or musical performance. This is the launch of an electric car.

Specifically, the launch of Tesla’s new electric roadster – which claims to be the fastest production car ever made. And while the sportscar may have been the undoubted star of the event, it wasn’t the only one unveiled. Tesla also launched an electric-powered articulated lorry – the Semi.

With governments around the world setting ambitious plans to ban the sale of petrol-and-diesel-only cars, the introduction of electric-powered utility vehicles – like Tesla’s truck – in a range of industries will be essential to a truly decarbonised transport system. 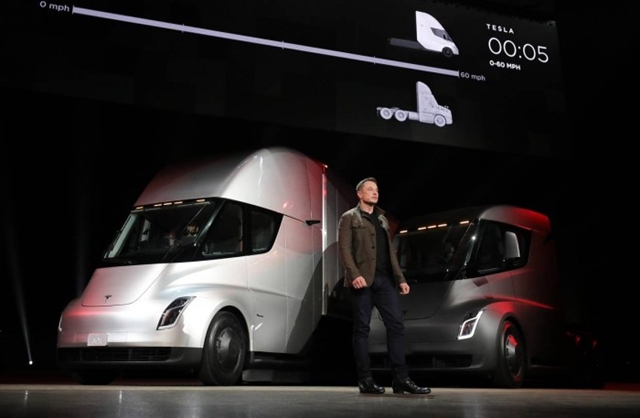 Tesla’s heavy goods vehicle (HGV) highlights the growing capabilities of electric vehicles (EVs) to deliver more than just short, urban journeys. It claims its Semi will be able to travel 500 miles on a single charge (enough to get you from London to Edinburgh comfortably) and tow 40 tonnes of cargo.

Tesla isn’t the only player with electric big rig concepts – Los Angeles-based Thor Trucks, Daimler and Volkswagen have unveiled their own – but its ambitious 2019 production target makes it a more immediate possibility than any other in the space.

Despite media coverage claiming the Semi’s mega-charging capability breaks the laws of physics, big business is taking a sunny view of Elon Musk’s latest innovation. Walmart, which has been taking strides to reduce its emissions, has already pre-ordered 15 of the Semis. Delivery firm UPS has used small electric trucks in major cities for some years already – it has placed the largest order so far, for 125.

EVs are undoubtedly cleaner when it comes to road-side pollution. However, the exponential increase in EVs will only benefit the fight against man made climate change if countries’ entire energy systems continue to decarbonise. Emissions-free vehicles will need to be powered predominantly by low carbon electricity for a more electric future to be a sustainable one.