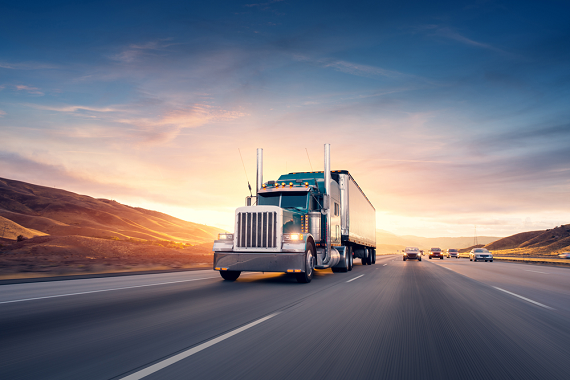 The future of trucking, shipping and logistics

Some 70 years ago, the trucking and shipping industries were revolutionized by a seemingly simple but radical idea: the shipping container, which was a standardized box that reduced loading and unloading expenses by 90 percent. Today, the industry is going through no less dramatic of a revolution, also driven by a box. Only this time the box is small and in the truck driver’s pocket.

Trucking generated $676.2 billion in 2016, or nearly 80 percent of the nation’s freight bill, according to the American Trucking Association Trucks also moved over 70 percent of all domestic freight tonnage. Much of this activity is driven by small fleets that lack sophisticated technology and is therefore still organized on pen and paper or spreadsheets. But advances in smartphones, machine learning, artificial intelligence, predictive analytics, big data and graphical UIs are transforming industries such as trucking and shipping as venture investments pour in.

Investors have increasingly taken notice of the trucking space in the past few years as deal activity has risen every year since 2013, according to data from CB Insights. Investments in the trucking space are on track to hit a record $1 billion in 2017, with nearly $600 million raised in the first half of this year compared to $742 million in all of 2016, up from $116 million in 2014.

This begs the question: what do investors find interesting about the transportation space and what opportunities do they see? While there’s a lot of press written about autonomous vehicles, many investors still see commercialization of those investments way out into the future, preferring instead to invest in the current state of the trucking industry.

As with many other industries, trucking is being disrupted by Amazon and it would be hard to overstate just how big of an impact the company has had on the space.

Not only has Amazon changed forever consumer expectations around their deliveries (remember when you had to wait more than a day to get your stuff?) but it’s also looking to reshape the industry directly: last month, it launched an app called Relay, designed to help automate truck delivery by allowing drivers to pick up and drop off packages faster.

“Amazon is really behind a lot of the pressures and desire by other retailers to drive towards getting stuff to show up within a two-hour window since they’ve reset consumer expectations to  order something and have it show up the next day,” said Bain Capital’s Agarwal. “People are calling that the ‘Amazon effect’ because Amazon pioneered the idea of visibility, speed, and velocity around the supply chain. Now everyone realizes they’ve got to run their business the same way Amazon does if they want to compete.”