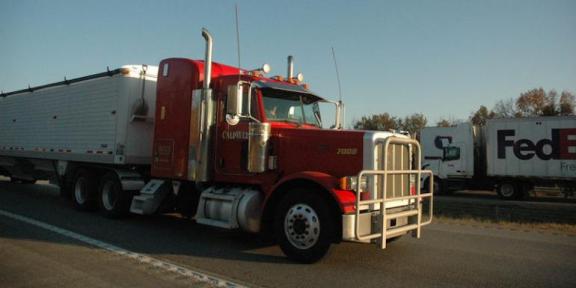 Overhaul announced Thursday it has closed a $4.5 million seed round. The investment was led by Abbey International Finance Group, a Dublin-based leasing, insurance and investment company with offices in Austin.

Overhaul launched in 2016 with its trucker app, which showed nearby truck stops, trip planning and other trucker-specific features. Then, this summer, it announced a suite of risk management tools for freight carriers, brokers and shippers.

In August, Overhaul launched an update to its platform that monitors and analyzes data on GPS location of shipments, temperature controls and other factors. The patent-pending platform alerts users about potential problems and non-compliance in real-time.

The company also launched a new product called Law Enforcement Connect to help police and other authorities see data on cargo theft incidents that are in progress by transferring shipment data directly to law enforcement investigating an incident.

Overhaul plans to use its seed funding to improve its risk management software, Sentinel, which provides visibility and analytics on shipments.