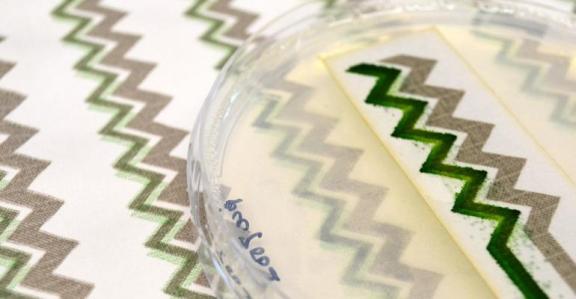 This Living Solar Wallpaper Harvests Energy Thanks to Photosynthesis

Researchers at Imperial College London just created incredible energy-harvesting wallpaper by inkjet-printing circuitry and cyanobacteria on paper. The cyanobacteria live through the printing process, and then perform photosynthesis to harvest power. The team describes the product as a two-in-one bio-battery and solar panel, and they say an iPad-sized piece of the wallpaper could provide enough electricity to run a digital clock or an LED light bulb.

Imperial College London, University of Cambridge, and Central Saint Martins researchers worked together on the project. They utilized cyanobacteria as ink, printing the bacteria with an inkjet printer onto electrically conductive carbon nanotubes, which had also been inkjet-printed on the paper, according to Imperial College London. The cyanobacteria – still alive – performed photosynthesis, allowing the bio-solar panel to harvest electrical energy.

The researchers think there could be several applications for their living wallpaper. Marin Sawa of Imperial College London said in a statement, “Imagine a paper-based, disposable environmental sensor disguised as wallpaper, which could monitor air quality in the home. When it has done its job it could be removed and left to biodegrade in the garden without any impact on the environment.” 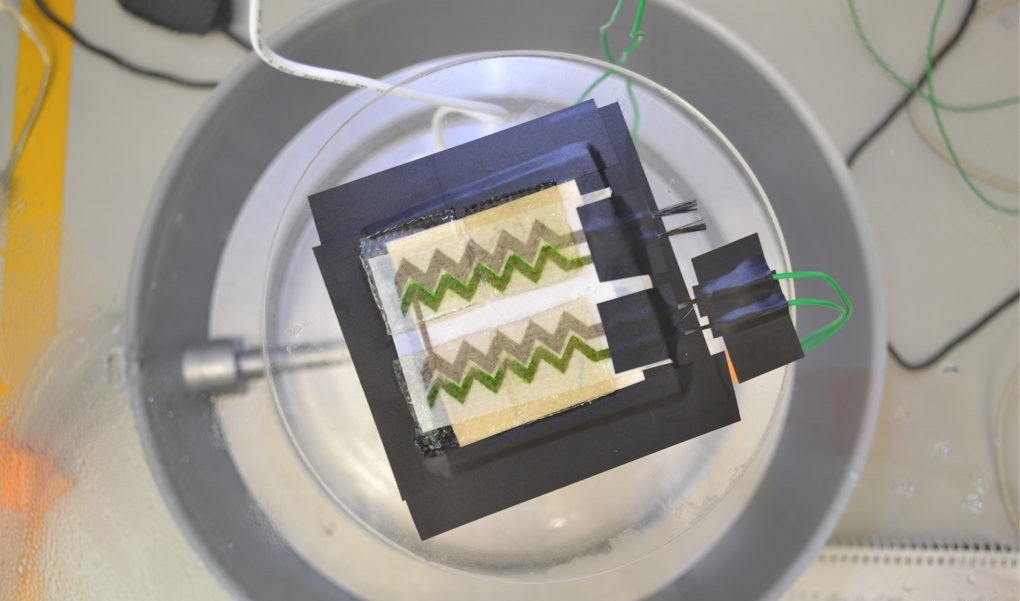 The research offers a development in microbial biophotovoltaics (BPV) technology, exploiting “the ability of cyanobacteria and other algae that use photosynthesis to convert light energy into an electrical current using water as the source of electrons,” according to Imperial College London. Cyanobacteria can not only generate electricity during the day, but at night as well, from molecules they produced in daylight.

BPVs can be difficult to scale up – two obstacles being expense and lifespan – but the team’s use of an off-the-shelf inkjet printer could allow them to scale up the technology easily. Andrea Fantuzzi, also of Imperial College London, said paper-based BPVs wouldn’t be used to produce solar power on a large scale, “but instead could be used to construct power supplies that are both disposable and biodegradable. Their low power output means they are more suited to devices and applications that require a small and finite amount of energy, such as environmental sensing and biosensors.”