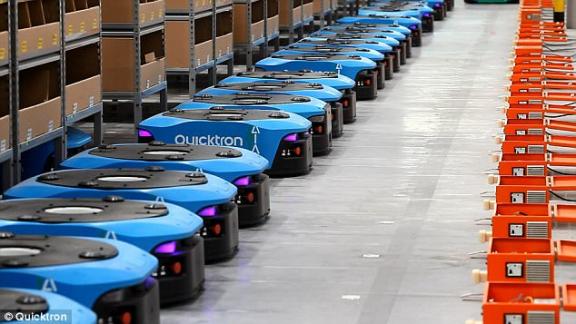 Occupying 3,000 square metres (0.7 acres), the warehouse is situated in Huiyang, south China's Guangdong Province, and is owned by T-mall, a part of the Alibaba, the world's largest online retailer.

The automated delivery boys started working at the warehouse in July, and have helped the warehouse increase its output by threefold, according to Quicktron, the manufacturer of the robots.

The machine has been named Zhu Que, or the Vermilion Bird, which is a spirit creature in the Chinese mythology.

The robots receive instructions via Wifi signals. They would then find the goods and move them to the designated drop-off points for human workers to pick up.

Each of the machines is fitted with laser detection which prevents them from bumping into each other.

Once fully charges, the robot could work eight hours non-stop. 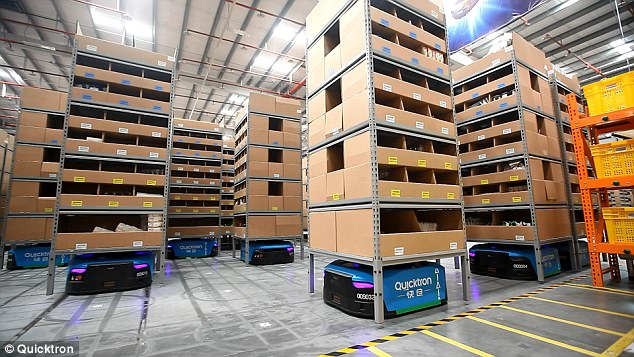 Quicktron said the robots have saved workers from running around the warehouse to find goods.

'The robots need to collaborate with each other and work independently at the same time. They represent the highest level of China's warehouse robots,' said Cainiao Logistics, an Alibaba branch that manages the warehouse.

According to Quicktron, the warehouse will recruit another 40 of these delivery robots.