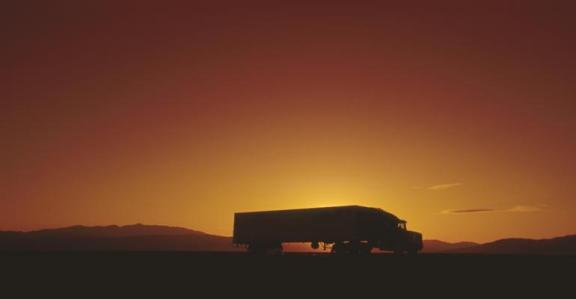 The Newfangled STATE of FREIGHT

To Convoy CEO Dan Lewis, the riddle his two-year-old company is trying to solve is pretty straightforward: “How do you get infinitely available capacity and zero waste?” The solution, the former Amazon executive believes, will come from the automation of freight brokerage services and the willingness of truckers to embrace them.

“All of the technology is more or less in place now for this to happen. It’s really a question of how fast can we build trust and how fast can we educate and give people confidence that operating in this way is going to be good for them,” Lewis said during my visit to the company’s Seattle headquarters. “It’s not that (truckers) all of a sudden woke up and said, ‘I’m ready to start using a digital freight broker.’ It is that they started using their smartphones,” he added.

The emergence of companies like Convoy, with backers that include Bill Gates and Jeff Bezos; Uber Freight; and others have sparked a race to improve what is considered a highlyfragmented and often-times inefficient space.

Executives from established and newer companies had differing views on how radically the landscape will change in the coming years, and even how to best describe what exactly is happening (see sidebar). They did agree, however, that carriers, drivers, and shippers all stand to benefit from the focus on efficiency and visibility.

For shippers, “at the end of the day they want the best service they can get,” said Drew McElroy, co-founder and CEO of New York-based start-up Transfix. “It doesn’t necessarily matter to them whether it is a new company or an old company.”

“We are firmly at a point that there will be a significant technology shift over the next five years,” said Bill Driegert, director of Uber Freight. “We have a significant opportunity to make this a more transparent, efficient, and low-cost process.”

Driegert, formerly chief innovation officer for Coyote Logistics, declined to provide specific shipment figures other than saying “we have grown substantially since the beginning of the year.”