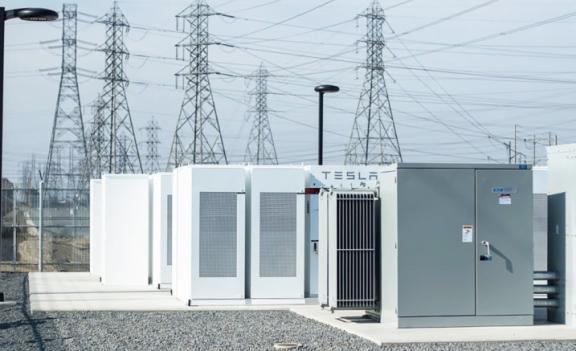 Tesla and Vestas Team Up to Combine Batteries and Wind Turbines

Two of the world’s leading renewable energy giants are teaming up to work towards a sustainable energy future. Vestas, the world’s largest wind turbine manufacturer, is working on a global program to combine wind power with batteries, and they’ve turned to none other than Tesla for help.

Vestas aims to add energy storage to wind farms for days when the wind doesn’t blow, so they started a global program centering around about 10 projects. Tesla isn’t the only company to receive a call from the wind turbine manufacturer, which will work with other battery makers to determine how to best store wind power.

Related: World’s most powerful wind turbine breaks 24-hour record for energy generation
Vestas announced at their general meeting in April that they wanted to focus on energy storage, and Denmark’s Borsen publication reported the collaboration with Tesla. Chairman Bert Nordberg said the company wants a new competitive edge after surging past General Electric Company to claim the largest market share of wind energy in America.

Meanwhile, Tesla has been looking for new ways to utilize their batteries beyond electric cars and Powerwalls. Their battery units have been popping up in grid-scale installations such as this one in Southern California, and Elon Musk signed a deal in July with the government in South Australia to build a massive energy storage facility to help combat their power woes.

Vestas has been tinkering with the idea of integrating battery storage with wind turbines since 2012, when they launched a test project in Lem-Kaer, Denmark. They said they plan to commission other such projects around the world.

In a Friday statement, the company said, “Across a number of projects, Vestas is working with different energy storage technologies with specialized companies, including Tesla, to explore and test how wind turbines and energy storage can work together in sustainable energy solutions that can lower the cost of energy.”