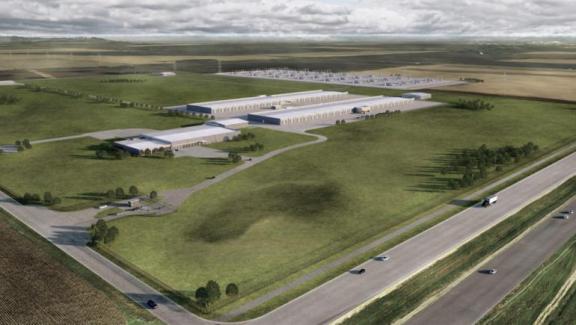 A stretch of farmland about 20 miles west of Des Moines, Iowa, will be the site of a new Apple data center powered entirely by renewable energy, the tech giant announced on Thursday. The company is investing $1.375 billion in constructing a facility in Waukee, including purchasing 2,000 acres of land in the area, Reuters reported.

Like all of Apple’s data centers worldwide, the one in Waukee will run on 100% renewable energy — a goal the company reached in 2013. In June, the company announced a $921 million data center project in Denmark. Apple plans to work with local partners in Iowa to invest in renewable energy projects from wind and other sources for the Waukee facility, according to their press release.

Apple isn’t the only tech giant to view Iowa as a field of dreams. Google, Facebook, and Microsoft have already invested billions of dollars in constructing data centers in the state. Iowa has plenty of crop land available, high-speed fiber optics access, and low risk for natural disasters, the Des Moines Register pointed out.

Construction on Apple’s Waukee data center is expected to begin in early 2018, and the company says it plans to bring the facility online in 2020.