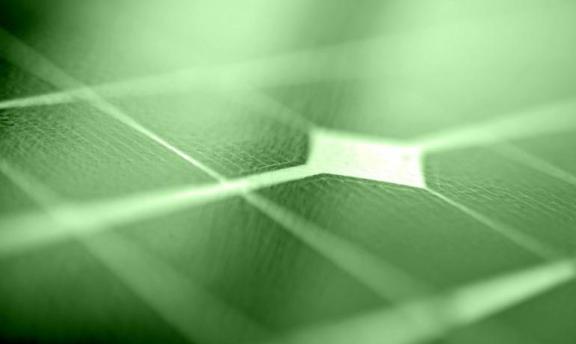 Researchers at AMOLF devised a method of imprinting solar panels with silicon nanopatterns that make them appear green. Though the process decreases the efficiency by 10 percent, it’s considered to be an acceptable trade-off if the panels are installed on more buildings. Said Verena Neder, lead author of the paper and researcher at AMOLF, “The black appearance of the (conventional) solarpanels is not attractive for many people and a reason to not put solar panels on their rooftop. Making solar cells colored makes it possible to integrate them in an architectural design of houses and full cities, but also to merge them in the landscape.”

CleanTechnica reports that to turn the panels green, researchers “use soft imprint lithography to apply a dense array of silicon nanotubes onto the surface of solar cells.” At approximately 100 nanometers wide, each nanotube is carefully shaped to scatter a certain wavelength of light. The cells appear green to observers, and the color is constant regardless of where one is standing. “The structure we made is not very sensitive to the angle of observation, so even if you look at it from a wide angle, it still appears green,” said Neder. 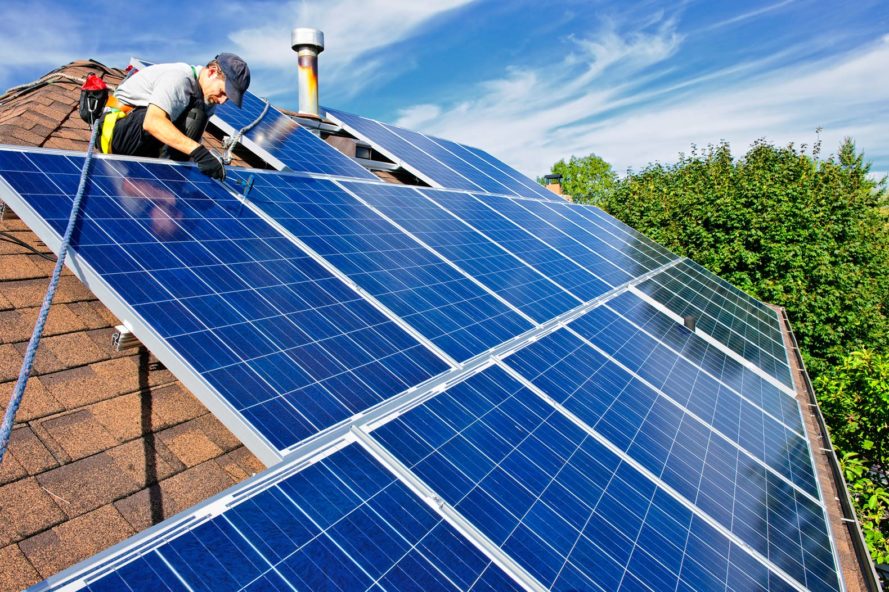 Because the color can be adjusted by altering the geometry of the nanotubes, the researchers have started planning imprints that create red and blue solar colors. After the three primary colors of lightare developed, they will be able to create any color - including white. “You have to combine different nanoparticles, and if they get very close to each other they can interact and that will affect the color,” said Albert Polman, a scientific group leader at AMOLF. “Going to white is a really big step.”