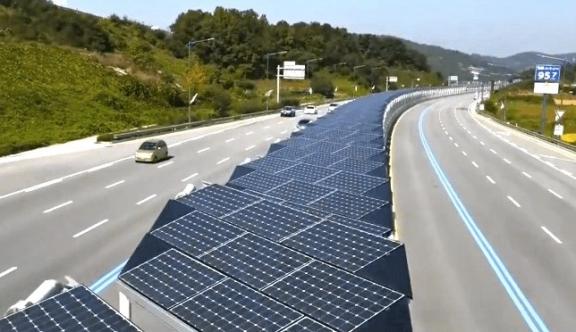 Not sure if this solution has been tried elsewhere, but there really doesn’t seem to be any downside to having two narrow center lanes on a highway for bicyclists to ride on.

Yes, there is the issue of safety (cars plowing into cyclists at commute speeds) but it seems it’s safe enough for tech-savvy South Korea, so it could be used elsewhere too.

The stretch of highway that features the bike lanes, which run down its center in between the two guard rails, connects the towns of Daejeon and Sejong (around 20 miles / 32 km apart); the two are located around 2-3 hours outside of the capital Seoul.